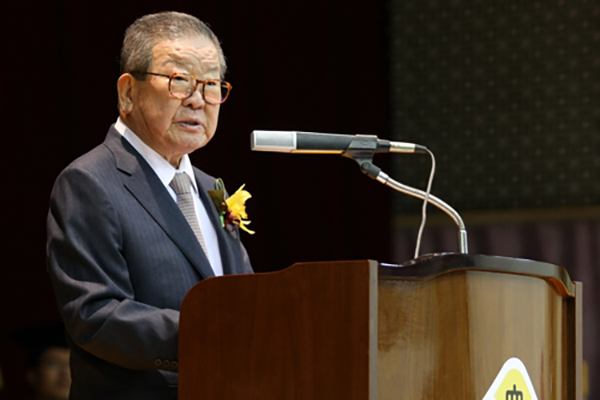 He was born in 1925 as the eldest son of LG founder Koo In-hwoi.

Following his father's death, he led the company for 25 years from 1970 to 1995 as the conglomerate's second chairman.

Koo has particularly focused on securing new technologies through research and development. During his time in office, he established around 70 research institutes in Korea and abroad.

He was active in building LG Electronics and LG Chem factories in China, Southeast Asia, Eastern Europe and the Americas, paving the way for LG to become a global enterprise.

He also established an independent management system where management specialists were granted the right to freely run the company.

After retirement, Koo had been involved in educational activities and philanthropy.

LG announced that the family will hold a private funeral following the wishes of the deceased.
Share
Print
List