Abe Says He will Hold Talks with Moon in Chengdu 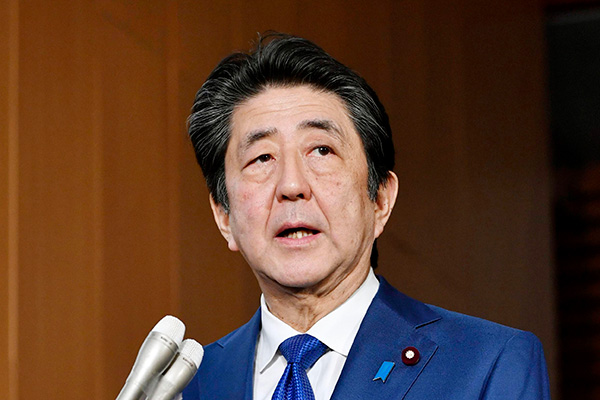 Japanese Prime Minister Shinzo Abe says he will hold summit talks with South Korean President Moon Jae-in on the sidelines of a trilateral summit scheduled in China later this month.

According to the public relations office of the Japanese Cabinet, Abe said Friday that the leaders of Japan, South Korea and China will attend a three-way summit in the city of Chengdu on Christmas Eve. He also said he will take this opportunity to hold bilateral talks with President Moon.

Abe also reportedly pledged to exert best efforts for diplomacy with Seoul until the end of the year.

Both governments in Seoul and Tokyo have said that a Moon-Abe summit was being coordinated on the sidelines of the Chengdu gathering.

Moon and Abe last met face to face in early November during a regional meeting in Thailand when they held a conversation for eleven minutes.
Share
Print
List