US Dismisses Report on '10-20% Increase' in Defense Cost-Sharing 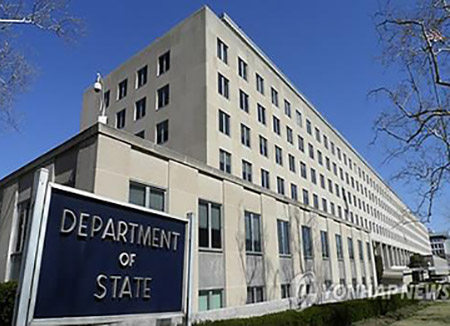 The U.S. State Department has dismissed South Korean media reports that Washington may demand a ten to 20 percent increase in Seoul's contribution to the cost of stationing United States troops on the Korean Peninsula.

An official from the department told an inquiry by Seoul-based Yonhap News on Saturday that the numbers of ten to 20 percent have not been discussed in the bilateral defense cost talks, calling it groundless speculation.

The official then stressed that costs for stationing U.S. troops overseas should not be paid by American taxpayers alone, but covered by a fair and equitable burden-sharing by U.S. allies and partners.

The official added that Washington is looking forward to a new round of defense cost-sharing talks in "early January."

The remarks came after a local newspaper recently reported that the Trump administration has dropped its demand that South Korea pay five times more to host 28-thousand-500 U.S. troops after receiving assurance that Seoul would purchase more American weapons.

Quoting unidentified sources, the report said that the United States has agreed to ask for a ten to 20 percent increase above the current level of nearly one billion dollars.
Share
Print
List