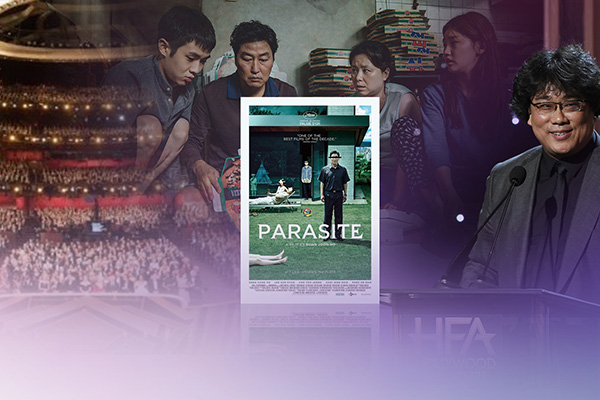 The South Korean film "Parasite" continues to rack up awards in America.

The National Society of Film Critics named Bong Joon-ho's latest the best film of 2019 at an awards ceremony on Saturday.

The film took the top prize with 44 votes, defeating "Little Women" and "Once Upon a Time in Hollywood."