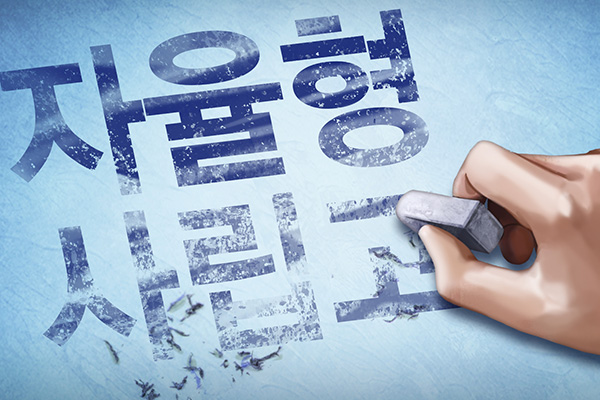 Foreign language and private high schools nationwide have begun taking steps to oppose the government's plan to convert them into regular high schools.

A defense team representing private foreign language high schools on Monday visited the government complex in Sejong city and submitted a letter of opinion objecting to the plan to abolish foreign language schools.

They argued the move would undermine the autonomy and independence of education guaranteed under the constitution and stressed that respecting individuality and creativity is the spirit of the current time.

The team claimed that standardizing high school curricula over reasons of state oversight is a "totalitarian way" of education.

Elite private high schools are also known to have submitted an opinion to the Education Ministry conveying their opposition to the government's plan.

The schools are also preparing to request that the Constitutional Court review the constitutionality of the plan.
Share
Print
List