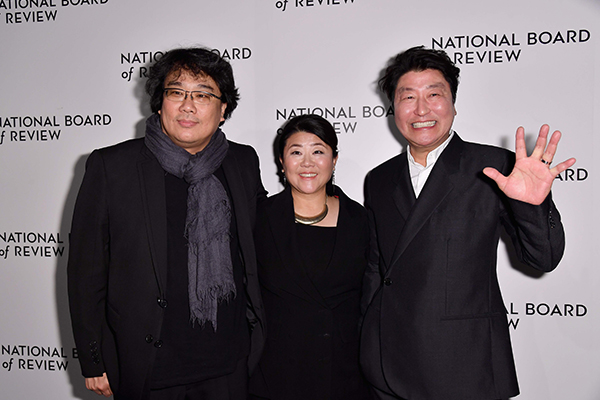 Bong Joon-ho's "Parasite" has been nominated for six Academy Awards, becoming the first South Korean film to compete at the U.S. film event.

The Academy of Motion Picture Arts and Sciences on Monday unveiled its final list of nominations for this year's Oscars.

It's the first time a South Korean film has made it to the final nominee list of an Academy Awards category. "Burning" by director Lee Chang-dong was shortlisted for best foreign language film last year.

Meanwhile, the South Korean documentary "In the Absence" on the 2014 Sewol ferry disaster was nominated for best documentary short subject at this year's 92nd Academy Awards.

The winners will be unveiled at an annual awards ceremony in Los Angeles on February ninth.
Share
Print
List