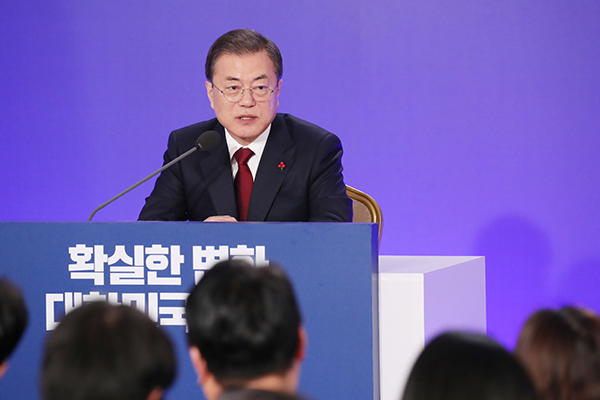 In his New Year's press conference at the presidential office on Tuesday, Moon said the current phases of talks between South Korea and the North and between North Korea and the U.S. do not make it easy to be optimistic about progress.

However, he said the countries are not in a stage that warrants pessimism either.

Pointing to U.S. President Donald Trump’s recent delivery of a birthday message to North Korean leader Kim Jong-un, Moon emphasized friendly relations between Trump and Kim and said the door to dialogue between the two is not shut.

He said that the two Koreas currently have some difficulty in mutual engagement but stressed that efforts on bilateral talks are continuing.
Share
Print
List