Safety of S. Koreans Top Priority in Deciding Whether to Deploy Forces to Strait of Hormuz 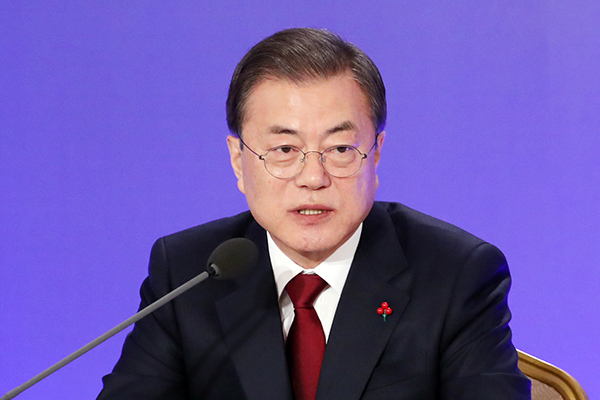 President Moon Jae-in says the government will prioritize the safety of South Koreans in the Middle East in deciding whether to deploy forces to the Strait of Hormuz.

During a televised New Year press conference at the presidential office on Tuesday, Moon disclosed his views on how Seoul could response to Washington’s call on allies to join a U.S.-led campaign in the crucial shipping route near Iran.

He said the most important thing the government will consider in the matter is the safety of South Korean nationals and companies in the region.

The South Korean president, however, noted the complex nature of the matter, saying that the supply and delivery of oil also merits Seoul’s consideration, as does its relations with both the U.S. and Iran.