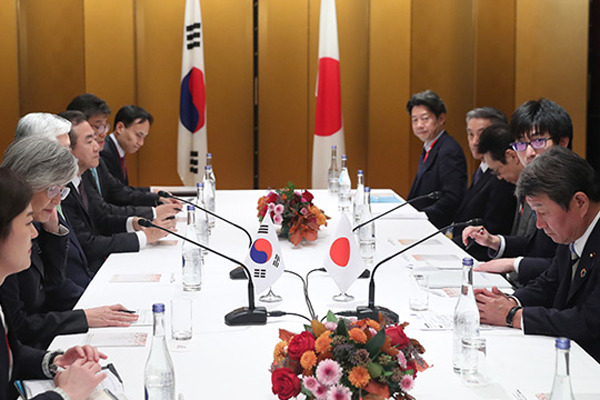 The top diplomats of South Korea and Japan held talks in the United States on Tuesday.

The bilateral talks came about three weeks after a previous meeting held before a South Korea-Japan summit in Chengdu, China.

Kang and Motegi are thought to have exchanged opinions on issues of mutual interest such as Japan's export restrictions against South Korea and the issue of Tokyo's wartime forced labor.

Japan's public broadcaster NHK reported on Monday that Motegi would repeat calls for South Korea to present solutions regarding the forced labor issue in the meeting with Kang.