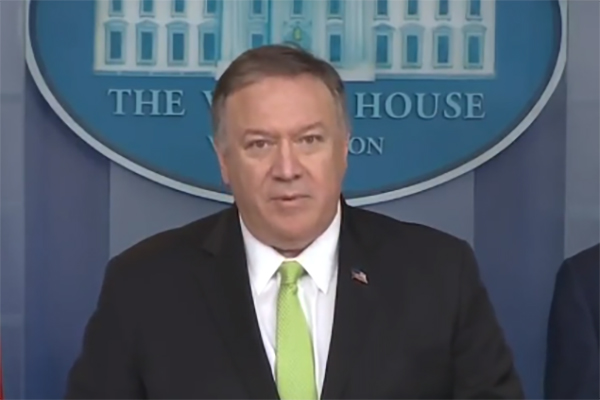 U.S. Secretary of State Mike Pompeo said Monday that the United States does not pose a security risk to North Korea and that he hopes regime leader Kim Jong-un will "make the right decision."

Pompeo made the remarks while speaking to Silicon Valley businesses at the nonprofit Commonwealth Club in San Francisco.

He said the U.S. continues to be in conversation with North Korea about convincing them that it is in their best interest to deliver on the commitment that Kim made 18 months ago in June 2018.

Pompeo said that it's been a slow process, but he remains hopeful that North Korea will make the right decision for the world and the North Korean people as well.

While pointing out that North Korea's weapons systems pose a real risk, the top U.S. diplomat said that America does not pose a security risk to the North Koreans and that the U.S. wants a brighter future for them.

Pompeo said that the sanctions on North Korea are global United Nations sanctions, not American sanctions, adding that they have certainly caused Kim to think seriously about the right path forward for his people.
Share
Print
List