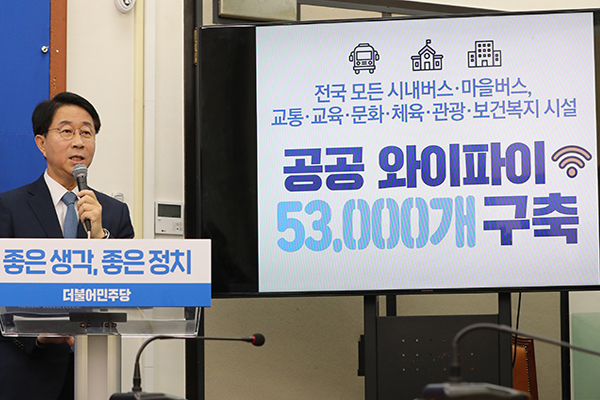 South Korea's ruling Democratic Party(DP) on Wednesday vowed to set up 53-thousand public access points nationwide to expand free Wi-Fi by 2022 as its number one campaign pledge ahead of April's general elections.

Through the initiative, which is in line with President Moon Jae-in's public Wi-Fi policy, the DP said it expects to narrow the socioeconomic access to information gap.

By increasing wireless internet access to help households save on related expenses, the DP hopes to garner greater support from voters, especially those in their 20s and 30s who spend a lot of time on their smartphones.

The DP is expected to spend some 580 billion won overall to expand Wi-Fi in South Korea.
Share
Print
List