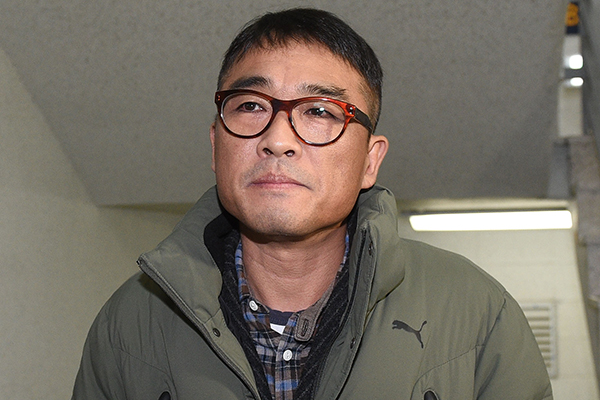 Kim entered the Gangnam Police Station in Seoul at around 10:20 a.m. Wednesday with his lawyer without answering questions from reporters.

Police summoned Kim for questioning for the first time after questioning last month the woman who has accused Kim of sexually assaulting her back in August 2016.

Early last December, a lawyer named Kang Yong-suk representing the woman, identified only as A, filed the complaint against the singer with the Seoul Central District Prosecutors’ Office on behalf of his client.

More recently, A is said to have requested that police arrange protection for her personal safety.

Kim’s management agency, for its part, filed a complaint against A last Monday, accusing her of defamation.
Share
Print
List