Pompeo Assures N. Korea of No Need for Nuclear Protection 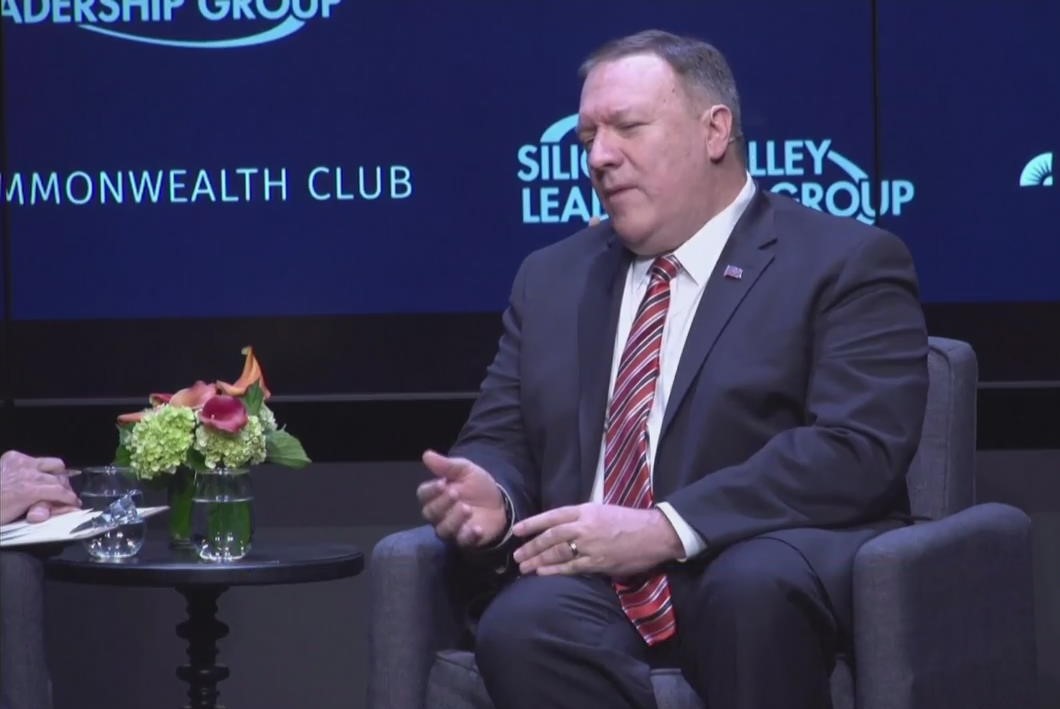 Anchor: As Seoul seeks ways to improve inter-Korean relations and attract global support for sanctions relief on cross-border projects, Washington has reaffirmed its pressure campaign will continue against Pyongyang. In the meantime, U.S. Secretary of State Mike Pompeo is trying to assure the North Korean regime that it won't need a great wall of nuclear protection.
Kim Bum-soo has more.

Report: U.S. Secretary of State Mike Pompeo is again trying to assure North Korea that the United States does not pose a risk to them.

In the wake of increased military tension between the U.S. and Iran, Pompeo spoke at an event attended by IT industry players in Silicon Valley on Monday and addressed North Korea's concerns over giving up its nuclear weapons.

[Sound bite: U.S. Secretary of State Mike Pompeo]
"And if we can get the right arrangement, if we can get the sequence right, and we can have serious conversations about it, I still hold out hope that we can convince Chairman Kim to move away from the nuclear weapons as their great wall of protection and convince them that there is a brighter, even more secure posture that they can have without those nuclear weapons."

Ahead of engagements with his South Korean and Japanese counterparts, Pompeo noted Washington will continue its pressure campaign on Pyongyang, saying only sanctions brought North Korean leader Kim Jong-un to the dialogue table.

Asked about President Moon Jae-in's suggestion the previous day that South Korean individual tours to North Korea are not subject to UN sanctions, a U.S. State Department official stressed Seoul and Washington are "committed to their unified response."