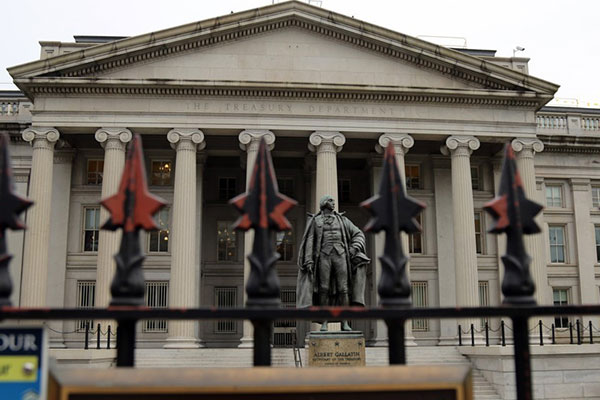 Anchor: The U.S. Treasury Department has sanctioned two North Korean entities for alleged involvement in North Korean labor exports in violation of international sanctions. This comes a day after Secretary of State Mike Pompeo extended a gesture of appeasement saying the U.S. is not a security threat to the North.
Park Jong-hong has the details.

Report: The U.S. Treasury Department on Tuesday cited North Korea's continuing practice of sending laborers overseas as the reason for the latest sanctions.

Treasury Secretary Steven Mnuchin said in a statement that such acts raise illicit revenue for the government of North Korea in violation of UN sanctions.

According to the Treasury, NTC in 2018 maintained laborers in Russia, Nigeria and many countries in the Middle East. It added that the company is involved in the logistics cycle of exporting North Korean workers and handles visas, passports, departures and overseas employment.

Under a 2017 United Nations Security Council resolution, all UN member states were required to send back all North Korean workers last year by December 22.

The U.S. measure may also result in a secondary boycott of countries and companies that do business with the North Korean entities.

This comes just a day after U.S. Secretary of State Mike Pompeo expressed words of hope for the North, apparently aiming to mitigate tensions.

[Sound bite: U.S. Secretary of State Mike Pompeo]
"America doesn’t pose a security risk to the North Koreans. We want a brighter future for them."

Pompeo acknowledged that denuclearization has been a slow process, but said he remained hopeful that North Korea will make the right decision for its people and the world.
Park Jong-hong, KBS World Radio News.
Share
Print
List