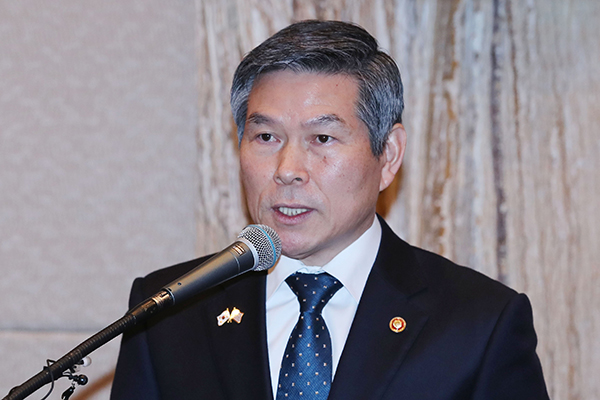 Jeong made the remark on Wednesday during the eighth Brookings-Korea Research Institute for National Strategy Joint Conference held in Seoul.

The minister said South Korea and the U.S. carried out more than 100 battalion-level military drills and exercises in 2019, which was more than previous years.

But Jeong also said the two allies have been carrying out joint trainings in an adjusted manner to support diplomatic efforts and the proper conditions for talks on denuclearizing North Korea, as well as establishing permanent peace on the Korean Peninsula.