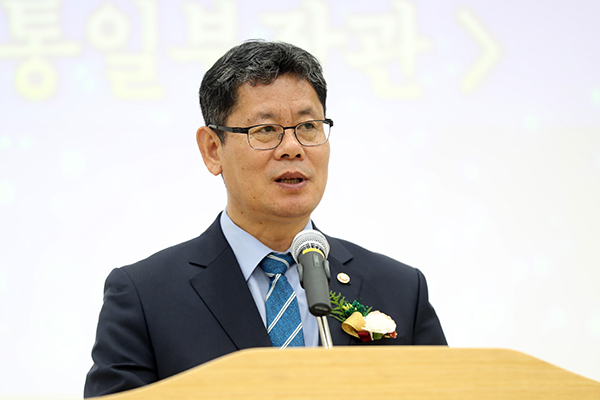 South Korea’s Unification Minister has stressed efforts to facilitate an inter-Korean project to link railways between the two Koreas.

Speaking at a policy seminar in Seoul on Wednesday, Kim Yeon-chul underscored the passing of 20 years since the first inter-Korean summit where the then leaders of South and North Korea agreed to link their railways and roads.

The stalled railroad project aims to link the Gyeongui Line in the western part of the Korean Peninsula and the Donghae Line in the east.

The Gyeongui sections have been already connected since 2004 but require modernization and renovation, while 104-kilometer-long sections in the Donghae Line remain disconnected.

Noting that the Donghae line’s potential to connect not only the two Koreas but also countries in Eurasia and the Pacific, the minister noted it is the time to “bear fruits” with the eastern line and vowed to do his best along with other related government agencies to link them.
Share
Print
List