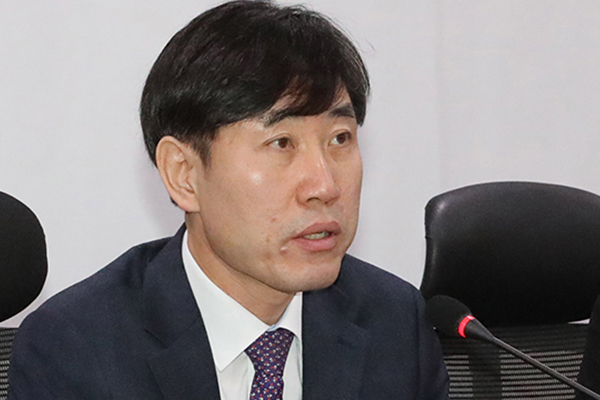 The minor opposition New Conservative Party has proposed the creation of a joint consultative body with the main opposition Liberty Korea Party(LKP) to discuss a possible merger among the conservative bloc.

The new party’s chief, Ha Tae-keung, floated the idea in a press conference at the National Assembly on Wednesday, saying the move is based on one of the three principles of a merger tentatively agreed upon by the two parties.

Ha said their existing joint body, called the reform integration preparation committee, is an ad-hoc apparatus and that they need a formal channel to discuss related matters more efficiently and sincerely.

He said the prospective entity will help come up with specific measures to revive, reform and integrate the conservative bloc, adding it will also gradually open to other political forces that agree with them.

LKP Chair Hwang Kyo-ahn told reporters later in the day that he had not yet been fully informed of the proposal but will review it.
Share
Print
List