Trump: China is Helping US on N. Korea Issues 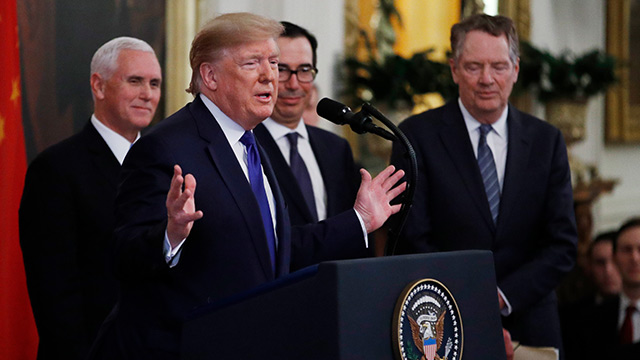 Trump made the remarks at the White House while at a signing ceremony for a trade deal with China.

Trump said that China is helping the U.S. with "a lot of the things that they can be helping us with" which cannot be seen in a deal.

He said Beijing has been very helpful with respect to North Korean leader Kim Jong-un and that Kim has great respect for Chinese President Xi Jinping.