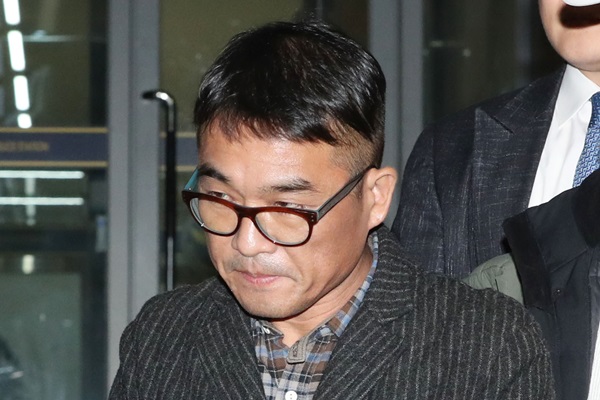 Popular singer Kim Gun-mo returned home on Wednesday after being questioned for about 12 hours on sexual assault allegations.

Questioning began at the Gangnam Police Station in Seoul after Kim arrived around 10:20 a.m. Wednesday with his lawyer present.

After the questioning, Kim told reporters that he faithfully cooperated with the investigation and he will appear again for questioning if necessary.

Kim is accused of sexually assaulting an employee at a bar in southern Seoul in August 2016.