'S. Korea, US Still Have Differences on Defense Cost Sharing' 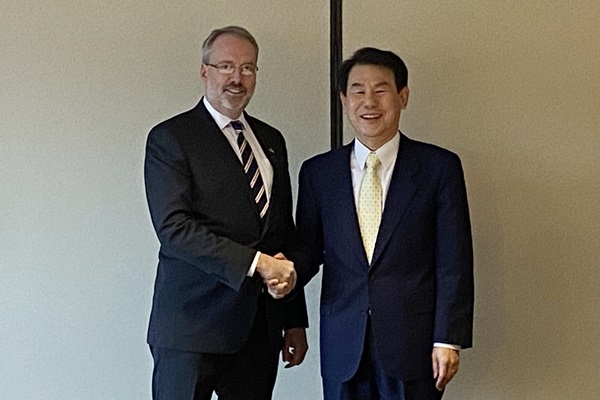 South Korea and the United States remain apart on a defense cost-sharing deal to support American troops stationed on the Korean Peninsula.

The allies ended the second and final day of a sixth round of talks in Washington on Wednesday but were unable to agree on what each side should contribute.

Seoul's Foreign Ministry said in a news release that the two sides expanded mutual understanding of each other's position but confirmed that they still have differences.

The ministry added that the two sides agreed to closely consult each other to swiftly reach a mutually acceptable agreement that contributes to the South Korea-U.S. alliance and their combined defense posture.

It also said that in the talks, South Korea maintained its position that discussions should be made within the framework of the Special Measures Agreement.