S. Korea's Top Diplomat Returns from 'Useful' Talks in US 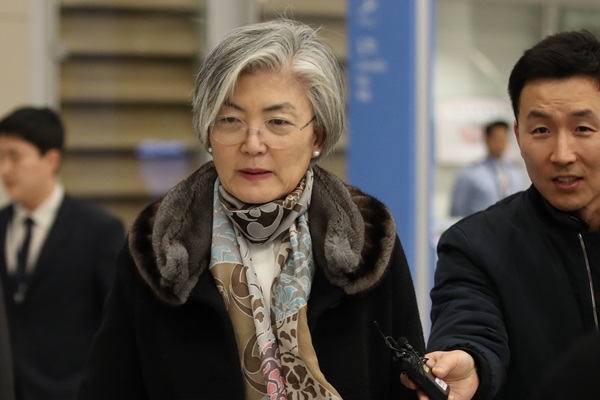 Foreign Minister Kang Kyung-wha returned home on Thursday after talks with her American and Japanese counterparts in the U.S.

Kang held separate meetings with U.S. Secretary of State Mike Pompeo and Japanese Foreign Minister Toshimitsu Motegi and trilateral talks with them in California on Tuesday.

Speaking to reporters at Incheon International Airport upon her arrival, Kang described the talks as "useful."

The two sides also exchanged views on Seoul's possible participation in the U.S.-led campaign to safeguard the Strait of Hormuz near Iran.