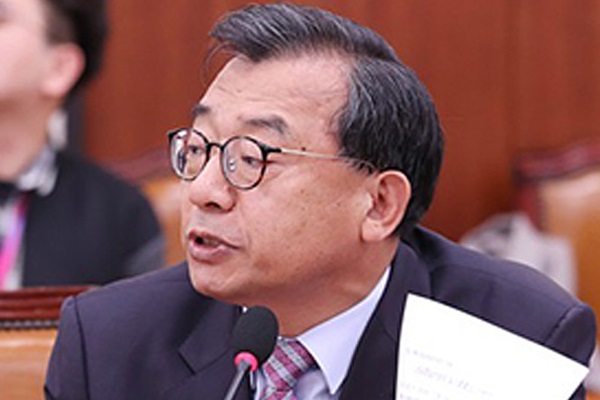 The Supreme Court has upheld a ruling against independent lawmaker Lee Jung-hyun who was indicted without detention for interfering in news coverage of the 2014 Sewol ferry sinking.

The top court on Thursday rejected an appeal by Lee and upheld a lower court ruling that had fined Lee ten million won for violating the Broadcast Act of 1987.

Lee is the first person to be found guilty of violating the act by infringing on the freedom and independence of broadcast programming.

Lee will, however, be able to maintain his seat in parliament as he was slapped with a fine instead of a prison sentence.

While serving as a presidential aide during the former Park Geun-hye administration, Lee is accused of trying to influence public broadcaster KBS's reporting on the disaster through a phone call to former newsroom chief Kim Si-gon.

Under the Broadcast Act, violating the freedom and independence of broadcast content is punishable by a maximum of two years behind bars or a fine of up to 30 million won.
Share
Print
List