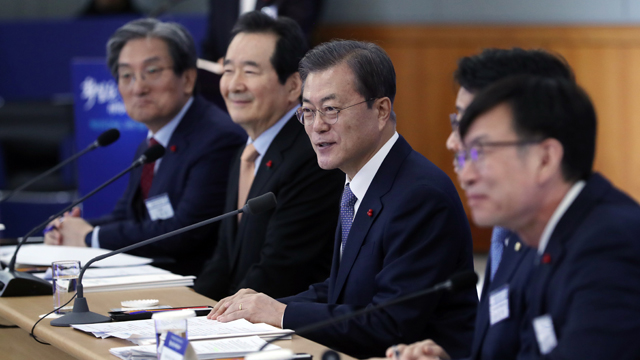 The South Korean government will increase investments in the new year to spur innovation in the areas of data, network and artificial intelligence(AI) that form the base of the Fourth Industrial Revolution.

In its annual policy report to President Moon Jae-in on Thursday, the Ministry of Science and ICT said it plans to inject one trillion won this decade into processing-in-memory chips that can mimic the human brain and facilitate "deep learning" by machines.

In a bid to foster one-thousand specialized personnel in the AI sector, the ministry will inject 17-point-five billion won to diversify related graduate programs.

Some 30 trillion won has been earmarked for the government and the private sector to jointly foster the country's next-generation 5G communication network industry by 2022, with Seoul offering various tax incentives for businesses.

The ministry will direct some 24 trillion won of the annual state research and development budget towards biohealth, future vehicles, aerospace and clean energy.
Share
Print
List