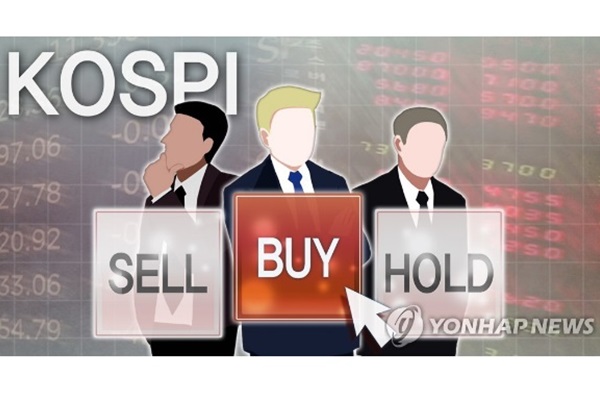 Foreign ownership of South Korean stocks reached a 13-year high amid optimism for a full resolution to a trade row between the United States and China and eased concerns over the situation in the Middle East.

The Korea Financial Investment Association said Thursday that foreign investors held 586 trillion won worth of shares traded on the main bourse KOSPI as of Tuesday, which is 38-point-nine percent of the total market cap of one-point-51 quadrillion won.

The amount of foreign-owned shares is the highest since August eighth, 2006.

The foreign ownership of Seoul stocks has continued to rise since April 2009, when the figures tumbled to the 27-percent range in the wake of the global financial crisis.