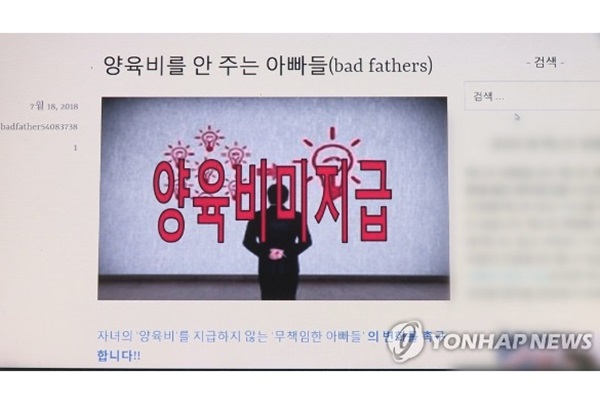 The minister of Gender Equality and Family said that the court ruling that found the operator of the website "Bad Fathers" not guilty is meaningful in emphasizing that paying childcare support is a citizen's public duty.

In a New Year's news conference on Thursday, Minister Lee Jung-ok referred to this court ruling and said that every child has the right to survive and receive care.

Bad Fathers, who some call a name-shaming website, lists the names of fathers who refuse to pay for childcare expenses.

On Wednesday, the Suwon District Court found the website operator not guilty of defaming the parents in a case that was held via a jury trial.

The court believed the disclosure of identities can be seen as an act serving the public interest.
Share
Print
List