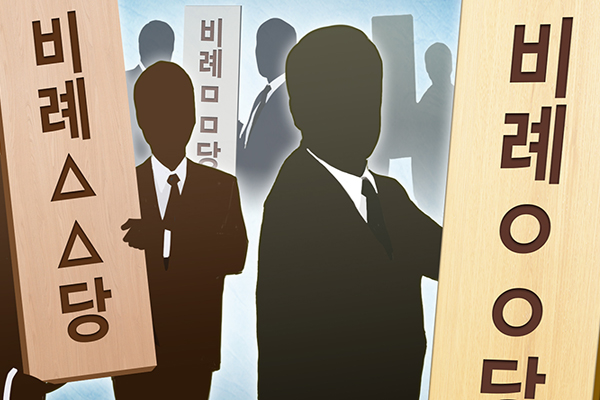 The main opposition Liberty Korea Party(LKP) has filed a constitutional petition over the election watchdog’s refusal to allow it to give a satellite party a name similar to the mother party.

The conservative party’s committee preparing the provisionally named Proportional LKP said on Thursday that it submitted the petition earlier in the day, arguing the National Election Commission(NEC)’s decision breaches constitutional rights to establish political parties and name them as they choose.

The LKP committee also took issue with the watchdog’s previous authorization of the Korean name of the ruling Democratic Party, which partially includes the name of its predecessor, accusing the NEC of being arbitrary and discriminatory.

It urged the Constitutional Court to swiftly review the petition and guarantee the LKP’s rights and freedoms.

The naming of the prospective satellite party is part of the LKP’s strategy for the upcoming general elections. Under a new electoral law, some proportional parliamentary seats will be doled out to parties proportional to the number of votes they garner regardless of their performances in constituencies.

On Monday, however, the NEC threw a wrench in the LKP’s plan, stressing that new parties must be named in a way that clearly distinguishes them from existing parties.
Share
Print
List