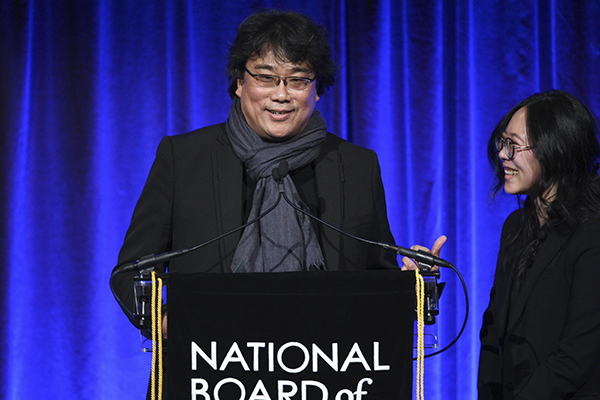 Bong Joon-ho’s 2013 film “Snowpiercer” will come back as an American television drama this year.

U.S. entertainment outlet Deadline reported on Wednesday that a television adaptation of the South Korean director’s Hollywood debut film will be aired on Warner Media cable channel TNT from May 31st.

Bong is participating in the adaptation as one of the series’ executive producers.

The sci-fi’s television adaptation is five years in the making and has been gaining traction since Bong gained global fame with the success of his latest film, “Parasite.”

The black comedy, which claimed the top prize at last year's Cannes Film Festival and has been nominated for six Academy Awards, is also being turned into an HBO television series.
Share
Print
List