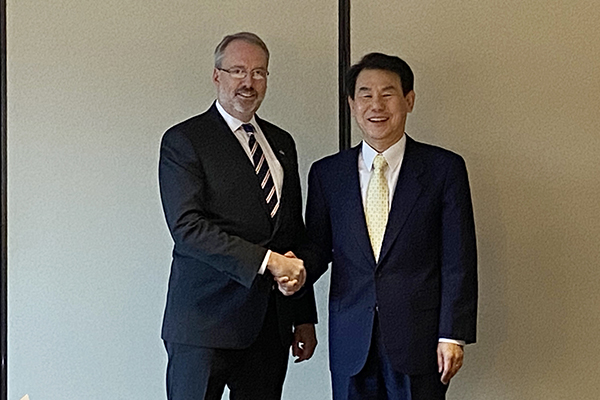 The Pentagon claimed Thursday that much of the defense costs shared between South Korea and the United States directly benefit the South Korean economy.

Pentagon spokesperson Jonathan Hoffman issued the position during a press briefing on Thursday, a day after the allies concluded their sixth round of defense cost-sharing negotiations.

Hoffman said the U.S. has continued to push for increases in allies' contributions since President Donald Trump took office and it continues to expect its allies to pick up "a little bit more" of the burden whether it's in the Middle East, Europe or Asia.

Hoffman argued that in the case of South Korea, much of its contribution goes back directly into the South Korean economy in terms of goods and services procured there and the hiring of foreign service nationals who are able to work on U.S. military bases.

Regarding possible North Korean missile tests, Hoffman said that the U.S. continues to monitor the North for possible provocations.