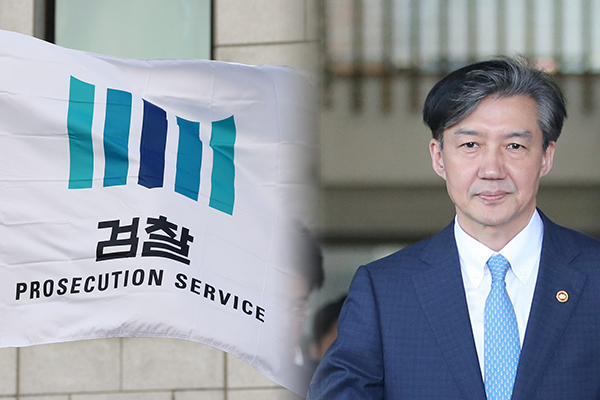 The prosecution has indicted without detention former Justice Minister Cho Kuk on charges of suspending a probe into a former vice mayor of Busan when he was serving as presidential secretary on civil affairs.

The Seoul Eastern District Prosecutors Office on Friday announced the indictment of the ex-minister on power abuse charges.

Prosecutors said that Cho, during his time as senior presidential aide, illegally ordered a halt to an inspection carried out by his office into Busan's former vice mayor for economic affairs Yoo Jae-soo even after confirming Yoo's alleged irregularities.

They argued that after suspending the probe, Cho did not take follow-up measures, and thereby sabotaged inspection activities and violated the rights of officials of the Financial Services Commission.

The prosecution added that it will further verify the facts to determine whether there are other accomplices.
Share
Print
List