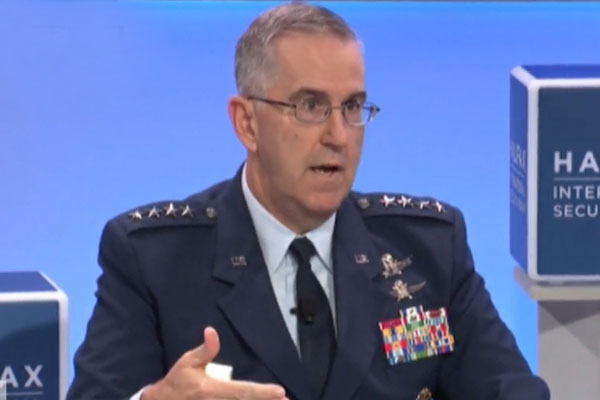 The vice chair of the U.S. Joint Chiefs of Staff said Friday that he has "100 percent confidence" in the U.S.' ability to defend itself from new North Korean missiles.

Air Force General John Hyten made the remark during a seminar at the Center for Strategic and International Studies in Washington.

He said that he doesn't say 100 percent very often but he has 100 percent confidence in capabilities against North Korea, referring to U.S. missile defense systems.

The general also said the regime has developed ballistic missile and nuclear programs that can threaten the U.S. despite being one of the poorest countries in the world.

He said what's different about North Korea is that it learned how to go fast and noted that 67 missile launches took place under current leader Kim Jong-un compared to nine under his grandfather and 22 under his father.

He said the North has been building new missiles, new capabilities and new weapons as fast as anybody on the planet with just the 115th largest economy.
Share
Print
List