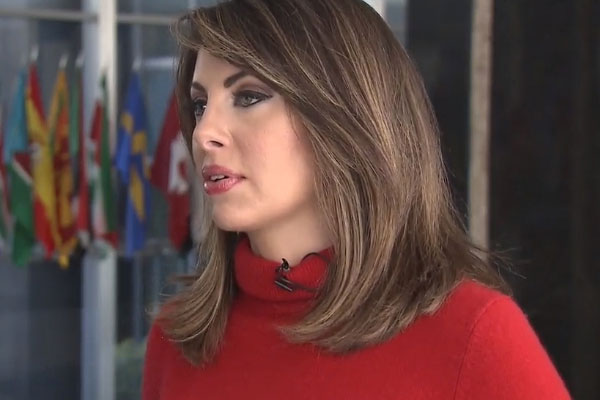 U.S. State Department spokesperson Morgan Ortagus held an interview with KBS at the State Department on Friday and said the U.S. expects South Korea to "make the best decision" regarding Seoul's push to improve inter-Korean relations.

She said it's important to U.S. President Donald Trump and Secretary of State Mike Pompeo to respect another country's sovereignty and the U.S. believes the South Korean government will make the best decision for its country and its people.

Regarding U.S. Ambassador to South Korea Harry Harris, Ortagus said he has the full confidence of the State Department but did not directly answer the question of whether his recent remarks were made in coordination with the department.

The U.S. envoy had said that it's better to run the issue of individual tourism to North Korea through the "working group" consultation channel with the U.S.

In the interview, the spokesperson also thanked Seoul for its continued cooperation in North Korea-related issues and also reiterated that sanctions will remain until a mutually agreed upon outcome is reached with North Korea.