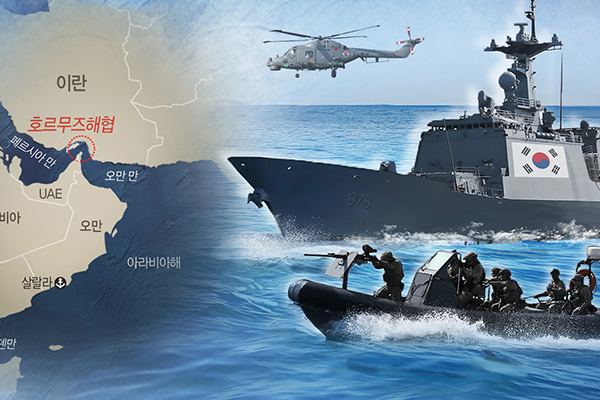 Seoul’s decision to send forces to the Strait of Hormuz has met with a mixed response from local politicians.

The ruling Democratic Party and the main opposition Liberty Korea Party expressed their support for the decision.

DP spokesperson Lee Jae-jung said on Tuesday that the party understands the move as a measure taken out of consideration for the comprehensive national interest, including the security of Korean nationals and safe movement of ships.

Noting the strait’s relation with South Korea’s economic interests and energy security, she said that it was inevitable for the country to fulfill the international obligations required of it within the smallest scope possible.

LKP Spokesman Kim Sung-won echoed the talk of inevitability, stressing the need to ensure the safety of South Koreans in the region and the security of crucial crude oil shipments.

The Bareunmirae Party and its spinoff New Conservative Party also expressed understanding of the government’s decision, but called on the government to receive parliamentary approval.

However, two minor parties, the Party for Democracy and Peace and the Justice Party, expressed opposition to the deployment.
Share
Print
List