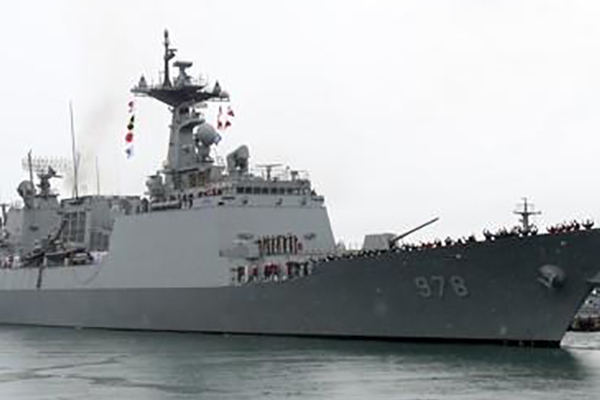 The Pentagon has welcomed South Korea's decision to send an anti-piracy unit to the Strait of Hormuz to safeguard its citizens and vessels passing through the strategic waterway.

Pentagon spokesperson David Eastburn issued the response to a written inquiry by KBS on Tuesday regarding South Korea's decision to expand the operational area of its Cheonghae Unit in the Gulf of Aden to cover the Strait of Hormuz near Iran.

Eastburn said that an international problem requires an international solution, adding the U.S. welcomes its South Korean allies helping to ensure freedom of navigation in the Middle East by supporting the IMSC.

IMSC, or the International Maritime Security Construct, refers to a U.S.-led maritime patrol coalition of countries including the U.S., Saudi Arabia, Britain and Bahrain.

South Korea's Defense Ministry announced earlier on Tuesday that it will dispatch its anti-piracy Cheonghae Unit to the Strait of Hormuz but the unit will operate independently instead of joining the IMSC.
Share
Print
List