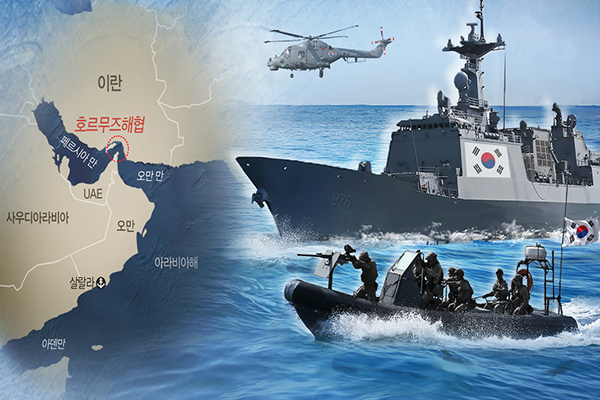 Iran has reportedly expressed concern over South Korea's decision to send its anti-piracy Cheonghae Unit to the Strait of Hormuz.

A Foreign Ministry official said Tuesday that Tehran relayed the concern when told about Seoul's decision over the weekend through a diplomatic channel.

The official said that Iran takes the position that it is basically opposed to any foreign troops or vessels coming to the region.

Asked if the Cheonghae Unit dispatch will negatively effect Seoul-Tehran relations, the official said that South Korea needs to protect its nationals and vessels, adding that while Iran has its own positions, South Korea has made the decision in light of its national interests.

South Korea on Tuesday announced that it will dispatch the anti-piracy unit to the Strait of Hormuz, but the unit will operate independently instead of joining a U.S.-led coalition there.
Share
Print
List