Six S. Koreans Return Home as Search Continues for 4 others in Nepal 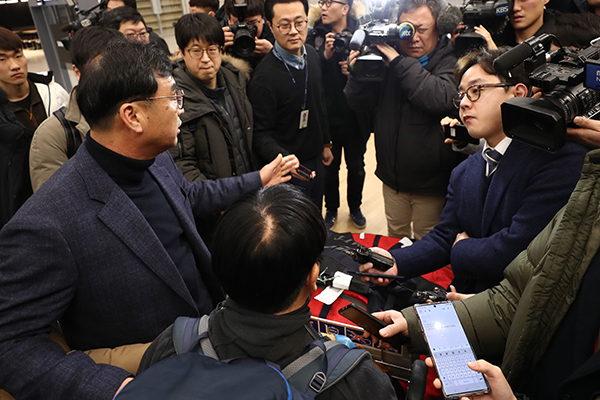 Six South Koreans who were part of a trekking group that saw four other members go missing after an avalanche in Nepal returned home Wednesday.

Upon arriving at Incheon International Airport, one of the group members said the returnees are sorry for causing concern to the public, adding that best efforts are being made to find the missing South Koreans.

The six are teachers from South Chungcheong Province and were trekking with four other teachers when the latter were struck by an avalanche last Friday near the popular Annapurna Base Camp in northwestern Nepal.

One other team member has remained in Nepal to assist ongoing search and rescue efforts.

Nine Nepali special forces officers and Um Hong-gil, a prominent South Korean climber, are among the people searching for the missing teachers.

However, search efforts are facing difficulties due to heavy amounts of snow and ice at the site of the avalanche.
Share
Print
List