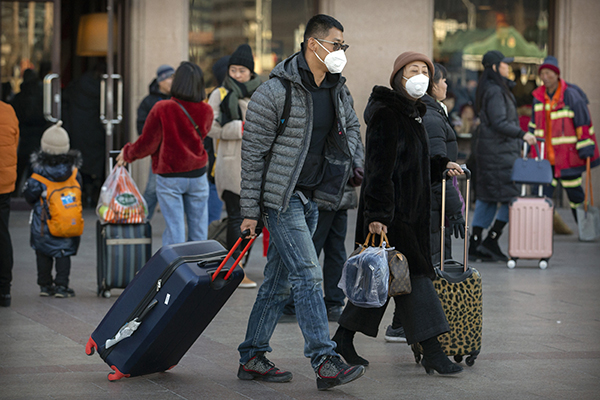 A new strain of coronavirus has killed at least six in China as it continues to spread throughout the country.

Aside from 270 cases in the central Hubei Province, the origin of the virus, there have been 17 in southern Guangdong Province, ten in Beijing, six in Shanghai, five in eastern Zhejiang Province and five in Chongqing.

Some 100 suspected infections were reported in nine other provinces, as well as in Hong Kong.

Five cases were confirmed in Beijing on Tuesday, including a man in his 30s who had recently returned from a business trip to Wuhan.

Authorities in China have hastily mobilized a response team to control movements in and out of Wuhan, where the initial case was confirmed.

Such measures, however, are considered insufficient by experts as mass migrations have already begun in China ahead of the country's biggest holiday celebrating the Lunar New Year this week.
Share
Print
List