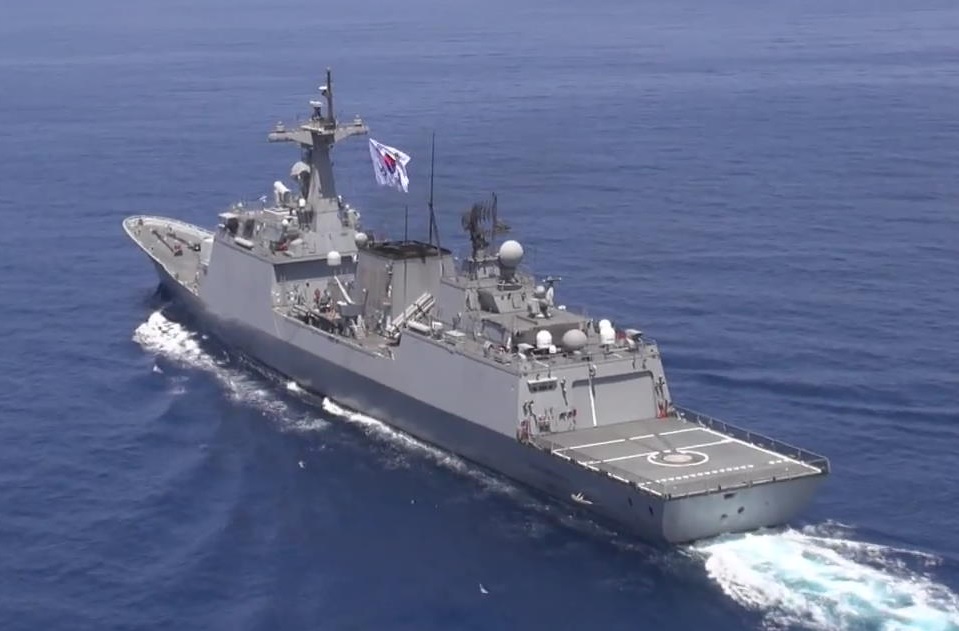 Anchor: The United States has welcomed South Korea's decision to expand the scope of its anti-piracy unit’s operations to include the Strait of Hormuz. Though Seoul apparently considered its relationship with Iran in making the move, Tehran has expressed concern.
Choi You Sun has the details.

Report: The Pentagon has welcomed South Korea's decision to send troops to the Strait of Hormuz to safeguard its citizens and vessels passing through the strategic waterway off Iran's coast.

In a commentary on Tuesday, Pentagon spokesperson Lt. Col. Dave Eastburn said the U.S. welcomes South Korea's help to ensure freedom of navigation in the Middle East by supporting its coalition in the region, adding the matter is an international problem requiring an international solution.

The U.S. State Department also welcomed the move, saying it appreciates Seoul's demonstration of the strength of the South Korea-U.S. alliance and their joint commitment to cooperate on global security concerns.

Earlier on Tuesday, Seoul announced it will expand the operational area of its anti-piracy Cheonghae Unit "from the Gulf of Aden to the Gulf of Oman and the Arab-Persian Gulf" as part of efforts to help protect vessels passing through the Strait of Hormuz.

The 300-strong unit will operate independently from the U.S.-led International Maritime Security Construct in the region, while two liaison officers will be sent to the coalition to coordinate information sharing.

Seoul apparently considered both its trade relations with Tehran and Washington's request to contribute to its campaign when making the decision, which comes amid heightened tensions between the U.S. and Iran.

Seoul had informed Tehran of its decision in advance, but a Foreign Ministry official said Iran expressed concerns as Tehran generally opposes foreign troops or ships coming to the region.

Iran's Foreign Ministry spokesperson Abbas Mousavi said earlier this week that Tehran cannot accept a decision which is in line with Washington's "adventurist policy," and such a decision doesn't fit the age-old, friendly relations between Seoul and Tehran.

Asked about possible negative impacts on Seoul-Tehran relations, a South Korean Foreign Ministry official said the government puts national interest and the safety of South Koreans first, but that it will work closely with Iran to maintain bilateral ties.