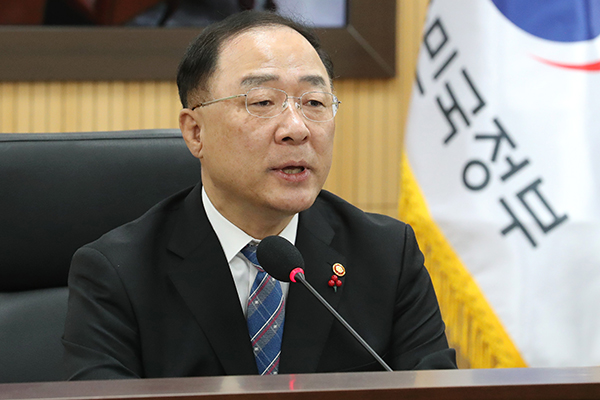 At a meeting with officials on Wednesday, Finance Minister Hong Nam-ki said he believes the economy has fended off market concerns over prolonged low growth and allowed confidence-building on gaining a foothold for recovery.

Regarding the one-point-two-percent growth in the fourth quarter of last year, which marked the fastest growth since the third quarter of 2017, Hong took note of the on-quarter expansion in the private sector which continued for two straight quarters.

Overall, Hong pointed out that the economy managed to defend key indices related to employment, equal distribution of income and maintaining two-percent growth.

The minister also expressed confidence the economy will rebound this year and vowed efforts toward raising the recovery momentum and meeting the 2020 growth target of two-point-four percent.
Share
Print
List