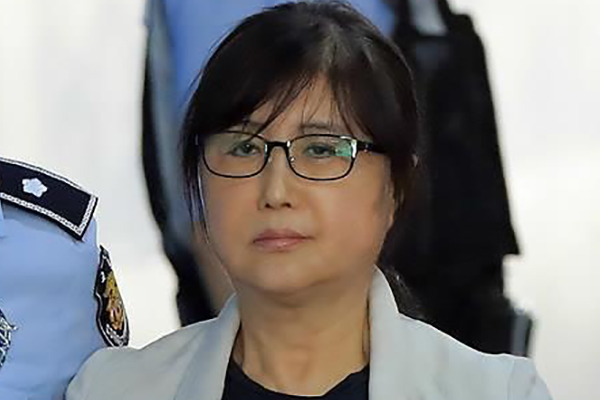 The prosecution is seeking a 25-year prison term for a close confidante to former President Park Geun-hye as the court deliberates on her retrial in connection to the massive corruption scandal that led to Park's impeachment.

In the final hearing for Choi Soon-sil on Wednesday, the prosecution asked the Seoul High Court to sentence her to 25 years behind bars along with 30 billion won in fines and around seven billion won in surcharges.

The prison term is the same sentence demanded for her in the previous appeal trial, but the the fine and surcharge amounts have been lowered from 118-point-five billion won and seven-point-seven billion won, respectively.

The prosecution argued the accused pursued profits by intervening in state affairs, even though she is a private citizen, and received a large sum of bribes for a long time as she was deeply involved in businesses that offered the bribes. The prosecution also pointed out that Choi refuses to repent over her wrongdoings. Choi, on her part, has denied all the accusations.

In her second trial in August of last year, she was sentenced to 20 years in prison and ordered to pay a 20 billion won fine for bribery and abuse of power.

Later that month, however, the Supreme Court ordered a retrial, dismissing the charge that she coerced conglomerates to make donations to foundations she owned.
Share
Print
List