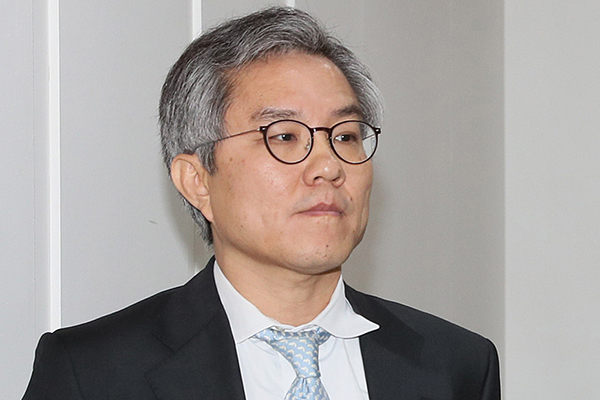 Prosecutors have indicted without detention a presidential official who is believed to have forged an internship certificate for former Justice Minister Cho Kuk's son to help him get accepted into graduate school.

Choe is accused of fabricating a document stating Cho's son interned at his office while he was a legal counsel working for a law firm in October 2017.

Cho's son submitted the document when applying for graduate programs at Yonsei University and Korea University. He was accepted into both schools.

The former minister was indicted last month on similar charges.

Choe, speaking through senior presidential secretary for public communication Yoon Do-han, claimed Wednesday that Cho's son interned four times between 2011 and 2018 and that he issued the relevant certificates three times.

Choe has allegedly dismissed the prosecution's summons for questioning three times since last month and has denied that he was summoned as a suspect.

He also accused the state agency of fabricating the investigation and manipulating the media.
Share
Print
List