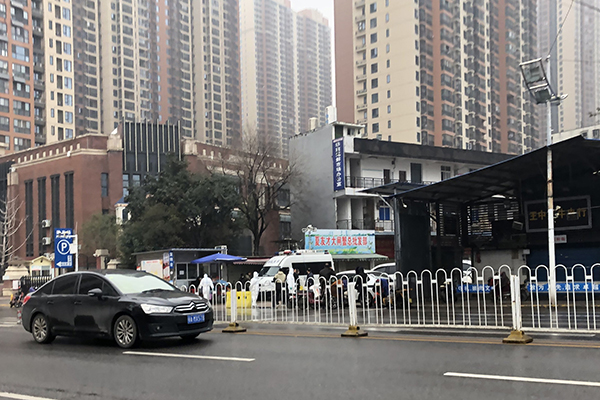 Anchor: With more than 17 killed and 500 infected by a new coronavirus in China and infections reported in nearly a dozen other countries, Beijing has locked down the central city of Wuhan, the origin of the virus. Experts say such efforts may be insufficient, however, since hundreds of millions of people in the country are travelling ahead of the Lunar New Year holiday.
Choi You Sun reports.

Report: The Chinese government locked down the city of Wuhan on Thursday, indefinitely suspending operations of airplanes, trains, buses and ferries in and out of the central city.

Passenger vehicles are also prohibited from going in and out, and authorities have told residents not to leave the city without "special reasons."

All public transportation within the major commercial and industrial city have been shut down and residents are required to wear masks in public places.

The move comes as officials hastily attempt to block the spread of the new strain of coronavirus that has plagued China since last month.

Having paid a heavy price for its dismal initial response to the 2003 SARS outbreak, authorities in China have declared war against the latest virus.

The Chinese Embassy in Washington tweeted on Wednesday China's National Health Commission(NHC) is maintaining close communication with other countries on developments in relation to the virus.

The embassy said it is communicating with South Korea, the United States, Thailand, Japan, and other countries, as well as their embassies in China, to share the latest information while helping with diagnostic verification.

The embassy also said China has repeatedly shared information with the World Health Organization(WHO), including the genetic sequence of the new coronavirus.

The NHC has organized four meetings with WHO experts and invited them to Wuhan to gather first-hand information. The international body is expected to decide whether to declare the virus, which has unknown origins, a global health emergency on Thursday.

Other countries have taken measures of their own, such as advising their citizens not to visit Wuhan and heightening health examinations of airline passengers arriving from China.
Choi You Sun, KBS World Radio News.
Share
Print
List