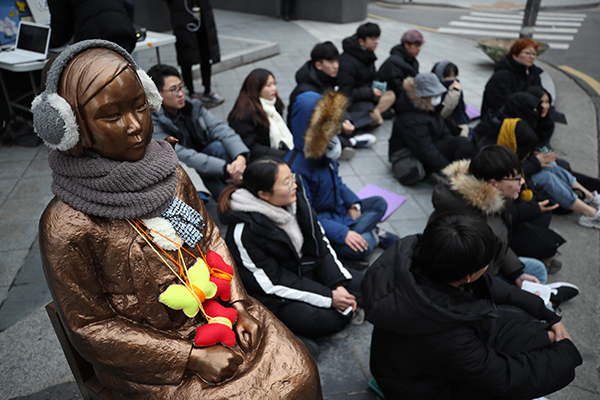 The Ministry of Gender Equality and Family said that Minister Lee Jung-ok has extended deep condolences over her death, expressing sorrow and vowing support for the funeral.

The ministry also pledged to strengthen policy assistance for the surviving victims and pursue projects to restore their honor and dignity.

The ministry added that the identity of the deceased won't be revealed at the family's request.

The number of sex slavery victims who are still alive and registered with the South Korean government is now down to 19.
Share
Print
List