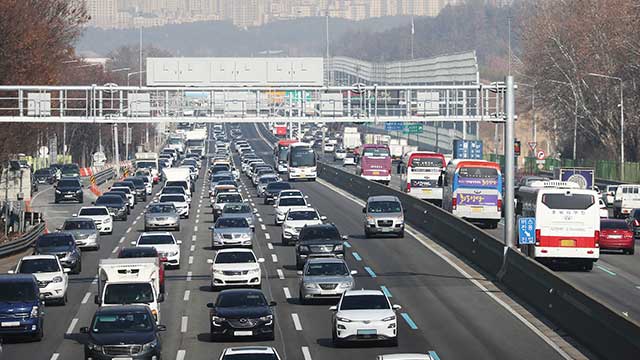 On the first day of the four-day Lunar New Year holiday, highways have been congested due to travelers bound for their hometowns nationwide.

Transportation authorities estimated that around four-million-610-thousand cars would hit the roads this Friday alone, with traffic jams peaking from eleven a.m. to noon before easing in the evening.

In a bid to help ease the holiday congestion, the government has temporarily expanded roads into the shoulder and extended hours enforcing bus-only lanes while providing real-time traffic information.
Share
Print
List