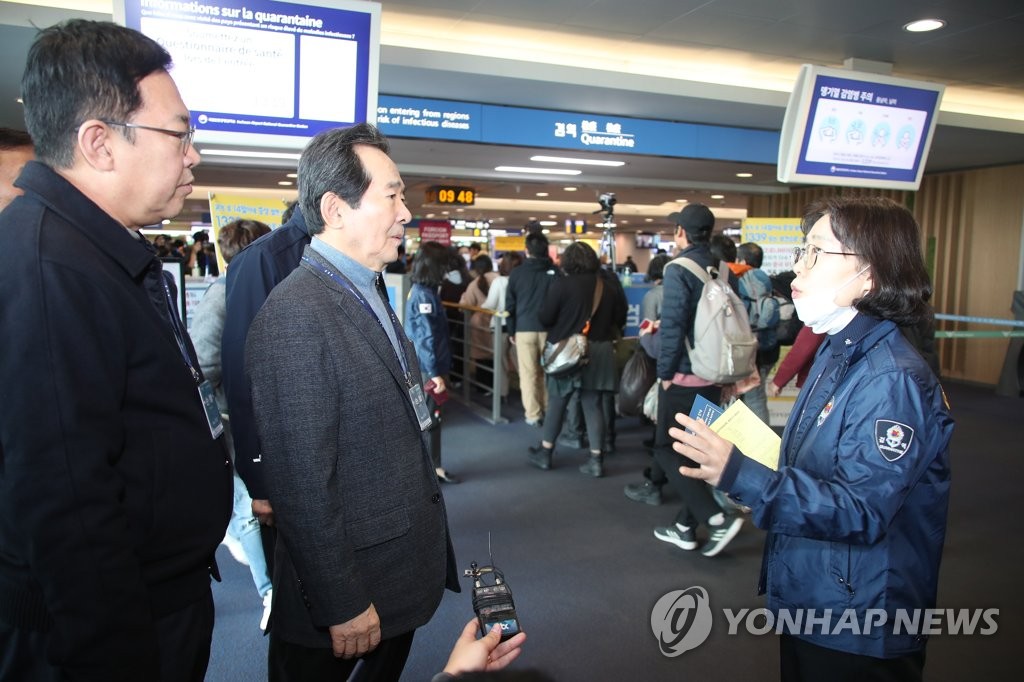 Prime Minister Chung Sye-kyun visited Incheon International Airport on Friday to check on domestic efforts to prevent the spread of a new strain of coronavirus from China.

The on-site inspection came as South Korea reported its second case of the so-called Wuhan pneumonia earlier in the day. Chung said local health authorities dealing with two cases ensured that quarantine measures were properly functioning. He then called on related officials to continue thorough screening of those affected by the disease.

The prime minister also looked around the first passenger terminal of the airport, observing officials as they measured peoples temperatures, collected on-site health surveys, and carried out disinfection work at arrival areas.

Emphasizing proper quarantine efforts, he also called for an increase in related personnel.

The prime minister was scheduled to preside over a meeting of related government agencies later in the afternoon to discuss Seoul’s responses to the coronavirus outbreak.

The foreign affairs, justice and transport ministers are expected to attend the meeting along with top health officials and provincial chiefs.
Share
Print
List