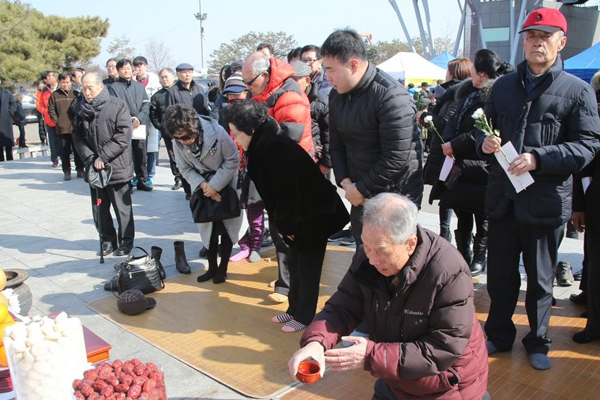 The minister met with the separated families during a ceremony marking Lunar New Year's Day held at Imjingak Park in Paju, Gyeonggi Province near the inter-Korean border.

He expressed his apologies for unfulfilling the wish of elderly citizens wanting to unite with their relatives in North Korea.

Kim said the issue of separated families needs special measures as time is running out, and asked families not to lose hope.

Alongside possible financial support for cross-border visits, the minister pledged the government will employ all available means including face-to-face and video reunions, renovation of reunion centers, realizing video correspondence and checking on the whereabouts of loved ones in North Korea.