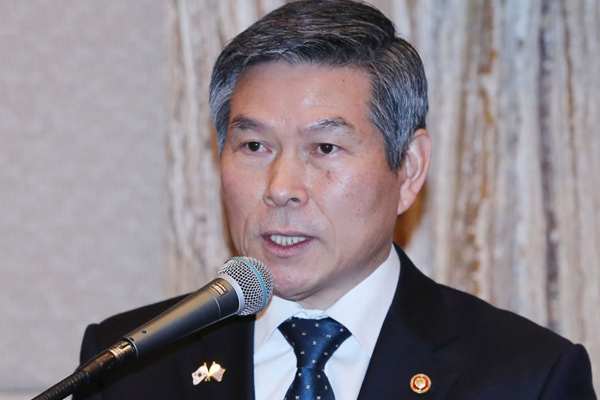 Defense Minister Jeong Kyeong-doo said Friday that South Korea's Cheonghae Unit whose operational boundary has been expanded to include the Strait of Hormuz will not intervene in military clashes between the U.S. and Iran.

Speaking on a local TV news program, the defense chief made it clear Korea will not take part in joint operations in the event of an armed clash between Washington and Tehran.

He also clarified terminology saying it's not a dispatch to the Strait of Hormuz but an expanded operating area.

He stressed the importance of preemptive measures to prevent any factors that may harm South Korean interests in the region.

Regarding defense cost sharing negotiations with the U.S., Jeong also made it clear that costs of environmental cleanup related to U.S. base relocation are not up for negotiation.

He added that there are areas South Korea can contribute and cited the purchase of U.S. high tech weapons.
Share
Print
List