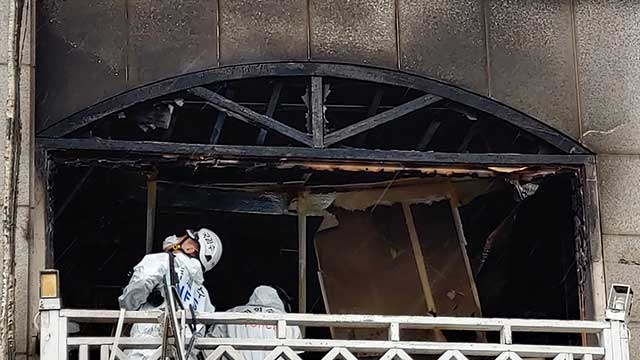 A suspected gas explosion at a lodging facility in Gangwon Province killed four people and injured five others on Saturday.

According to fire authorities, the accident occurred at 7:46 p.m. at a two-story building in Donghae City, 280 kilometers east of Seoul. Firefighters put out the fire in about 20 minutes.

Fire authorities said in a briefing that among the seven guests, four died and three others were seriously injured with severe burns and rushed to a hospital. Two other people who were passing by were lightly hurt by the explosion.

The seven guests were reportedly relatives and staying at the facility to spend the Lunar New Year holiday.

Police and firefighters are working to determine the identities of the guests and details of the incident.
Share
Print
List