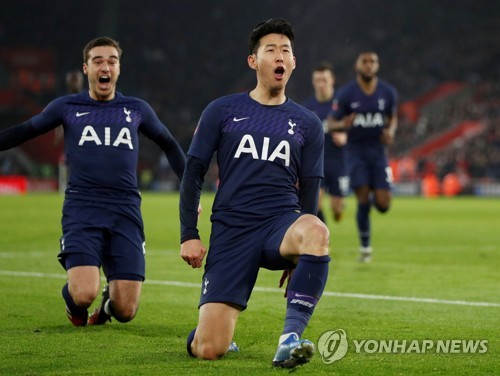 Son scored the team's lone goal in the second half in a match against Southampton in the fourth round of the FA Cup at St. Mary’s Stadium in Southampton, England.

Son scored in the second consecutive game after a seven-game scoring drought. He previously scored in a Premier League match against Norwich City on Wednesday, ending a scoreless drought that began in early December.

The Saturday match, however, ended in a 1-1 draw as Sofiane Boufal of Southampton scored an equalizer in the 87th minute. The Spurs and Southampton will face again to settle the tie on February 5 in London.
Share
Print
List