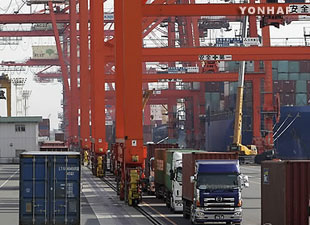 South Korea's trade deficit with Japan fell to its lowest point in 16 years in 2019 due to a drop in imports.

According to data by the Korea International Trade Association (KITA) on Sunday, Seoul had a trade deficit of 19-point-16 billion U.S. dollars with Tokyo in 2019, the largest among the country's trade partners.

It was the fifth consecutive year since 2015 that South Korea's trade deficit with Japan was larger than with any other country.

However, the deficit fell to the lowest level since 2003, when it posted 19-point-03 billion dollars.

The drop in the trade deficit is attributed to Japan's export curbs imposed last July on key industrial materials for the production of South Korea's chip and display industries.
Share
Print
List