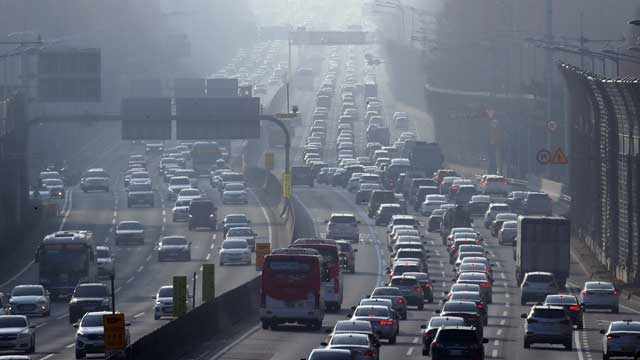 Traffic congestion has begun on north bound highways across the nation on Sunday, or the third day of the Lunar New Year holiday, as South Koreans are heading back to Seoul from their hometowns.

The Korea Expressway Corporation predicts congestion on highways bound for Seoul and the capital region will peak between 4 and 5 p.m. on Sunday and let up at around 2 to 3 a.m. on Monday.

The corporation said that over four-point-six million vehicles will be on highways on Sunday, forecasting severe congestion will continue into the late night.